Should You Ignore That Dent? 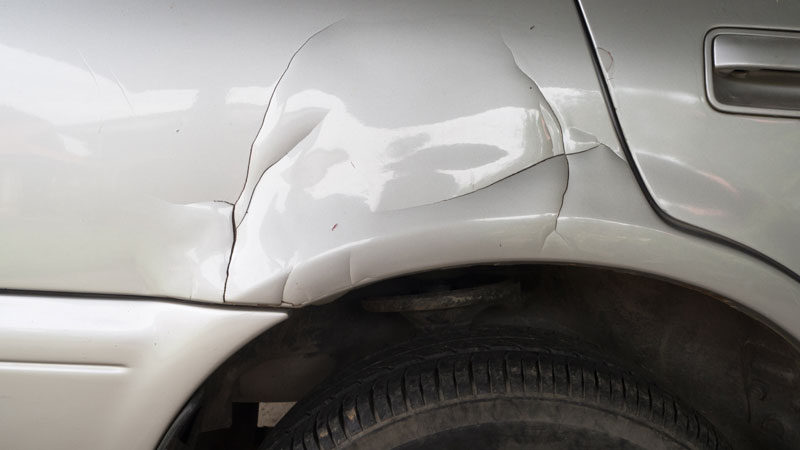 March 8, 2018 · Uncategorized · Comments Off on Should You Ignore That Dent?

Dents often leave a noticeable blemish on your once beautiful car. Unsightly and undesirable, many people view dents as the scars of an embarrassing accident. Despite this, most decide to ignore these dents to avoid the cost of repairs. If the car runs and the dent causes no vital damage, why not? Well, sometimes ignoring the dent results in many unwanted problems down the road. Knowing when to fix a dent saves money and leads to a healthier car.

Unattractive dents diminish the resale value of your vehicle. Even if you don’t plan on selling your car now, you may consider it at some point in time. When buying a used car, many people rule out dented cars in the search, and even a single dent often leads to buyers demanding a discount. Repairing your dent boosts your negotiating power when the time finally comes to resell.

Many cars nowadays have flexible, plastic bumper covers. If the damage bends the quarter panel, then the bent metal under the bumper may cause instability when driving or other damages, even if the bumper looks fine.

Preventing the Spread of Rust

Dents also create a vulnerability to rust. The paint finish on your car not only gives your car style, but also protects the underlying sheeting from exposure to the elements. When the paint coating is infiltrated, air rusts and corrodes the metal. Like an infection from a cut, the rust spreads, and the once harmless dent transforms into a nasty growing rash on your car. Rust attacks especially quickly during Michigan winters filled with road salts.

If you notice a scratch or puncture from the dent — no matter how small — repair the dent immediately. A dent lowers the resale value of your car; spreading rust and corrosion send your car to an early grave.

For more information about whether you should ignore a dent from the experts at O’Neill’s Body Shop, please contact us here or call us directly at 616.949.6840.

PreviousRestoring Your Classic Car
Next The Dangers of Distracted Driving

The people are great here. I will bring all my vehicles to them from now on based on their exceptional quality of work. When I found something that I thought still needed  attention, they fixed it without my even asking when I brought it back to see if it was  supposed to be that way.